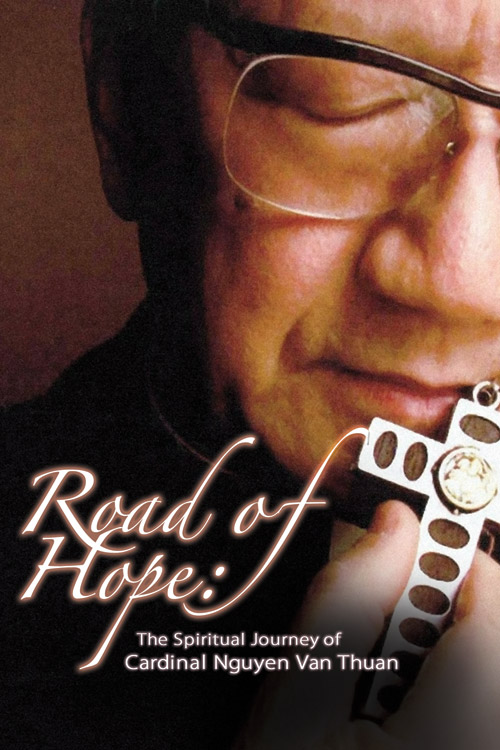 "A witness of the cross in the long years of imprisonment in Vietnam, he has frequently recounted the realities and episodes from his sufferings in prison, thus reinforcing us in the consoling certainty that when everything crumbles around us, and perhaps even within us, Christ remains our unfailing support." - Pope John Paul II Speaking about Cardinal Nguyen Van Thuan

Cardinal Francis Xavier Nguyen Van Thuan was a political prisoner of the Communist regime in Vietnam for thirteen years, nine of which he spent in solitary confinement. His remarkable faith sustained him during those long years when he would celebrate mass in secret with three drops of wine in the palm of his hand and the host smuggled inside a flashlight by his faithful. His spiritual writings, penned on the back of old calendars, have spread throughout the world inspiring millions.

Road of Hope: The Spiritual Journey of Cardinal Nguyen Van Thuan is an original Salt and Light documentary exploring the man and his message. This powerful film traces the history of Thuan from his privileged upbringing in a powerful political family to decades of war, betrayal and suffering - all experiences which helped form his singular conviction that "Love Conquers All."

Featuring interviews with those who knew him best, never before seen family videos, and rare archival footage of Thuan sharing his most revealing insights, Road of Hope offers an unprecedented glimpse into the life of a modern day martyr and saint.